So, My Mom Died

CN: death of a family member, talk of child abuse

I'm going to be talking about some real life stuff that I am going through.

One of the things that I tend to do when a big thing is happening in my life that I don't want to deal with is to get really busy.   I feel like I have been incredibly productive the past month.  I dug out the place for our garden and have been working nonstop in the yard.  I have been asking people if I can do graphic design stuff for them for free because I am running out of ideas for what to make for the library's social media and other places where I volunteer.  We are doing tons of home school projects and painting, making elaborate meals and having fancy cheese parties with my kid.... and basically all the things to take my mind off of life.  And I pushed and pushed until I couldn't anymore.

Last month, my mom died.  And I know it is silly, but probably something a lot of people have thought about their moms... but I thought she would be around forever.  We weren't particularly close, probably in the last few years was the most we have ever talked.  A few years ago she called me from Ohio and said "I know I wasn't the perfect mother...."  After that, we talked about once a month or so.  We'd talk about how we wished I could afford to fly home and visit, and she'd ask about my son and send him cards or the occasional check.  It was always weird though, because for most of my life I thought she did not really like me.

I think that these things were her way of saying she was sorry?  I think so.  I hope.  I don't want to get into all the details of my fucked up life story, but there was abuse.  I don't think my mother knew how to handle an autistic child, (or even an allistic one for that matter).  Especially one who did not have a name for what made her so different and defiant and frustrating.  One of the things we talked about was my chapter in the AWN book "What Every Autistic Girl Wishes Her Mother Knew", because I did not want to hurt her feelings when she read it.   She was really excited to read it and would check the website all the time to see if it was ready and finally for sale.  I told her that I would send her one of my copies and that was the last time we spoke.  I never made it to the post office.

On a Saturday night, my youngest sister called me, hysterical and saying that my mother was found unresponsive.  Later, we found out that she'd had a massive stroke.  The next night I was on a plane to Ohio.  I borrowed money from my in laws to buy the tickets and my amazing friend Court crowdfunded that, plus hotel costs and more so that I would not have to worry about paying it back while also going through a crisis.

I did not recognize my mother at first after I dropped everything at the hotel and raced to the hospital.  None of my sisters were in the room when I got there, so I had to look at her chart to make sure I had the right room.  I held her hand and told her I was there and apologized for it taking so long.  I told her that F was there and needed to see her, and she started to cry.  The doctors told me it was a reflex, she could not hear me....and I know people will think I just wanted her to hear me, but I do believe she could hear and sense us, at least the first few days I was there.   We were never the kind of family who said "I love you". (That is probably why I drive my son nuts saying it all the time to him now.)  In fact, I can't remember one time in my entire life when my mother said she loved me.  I like to think she did in her own way.  I told her that I loved her and she started to cry and cough some more.   I asked her to please wake up, I had her copy of the book.

Honestly, my time in Ohio was such a blur.  And F, he was so wonderful. God, it must have been so hard for him to sit there day after day in a hospital, later the hospice and see me so upset.    I have some pretty bad ass lifelong friends back home though, and many of them volunteered to sit with him, take him to McDonalds, play with him and basically try to give him a little bit of normal, as much as they could under the circumstances.

After the first day, the doctors told us there was no brain activity other than in her brain stem, which controlled her reflexes like breathing.  She was adamant after my dad died that she would not want to be kept alive with a feeding tube or ventilator.   We knew her wishes, but I wanted to be sure.  I know you can't be 100% sure in these situations.  But I kept asking "are you sure this is it? nothing can be done?"   Nothing could be done.

My mother was transferred to hospice but there was no room at the hospice house because she wasn't in severe distress.  After some drama when we got to the other place, which was a nursing home, where they didn't even KNOW she was getting hospice care, we managed to yell, cry and scream our way into a private room. (seriously, they were going to put her in with four other people!).  I could not leave her there.  I know what nursing homes are like.   My youngest sister spent nights there and I spent the day there.  At times, my friends, who had known my mom their whole lives practically too, would sit with her so that F and I could get a break.  But I was terrified to leave.

She was there for five days.  It seemed so much longer.   F would entertain himself on his iPad while my (adult aged) niece and I sat with her.  My sisters and I decorated her room with things from her home, letters from my dad when they were dating that she had saved, pictures, her dirt from Ireland.  She had a bag of dirt from Ireland that she carried with her.  I don't know why, but she talked about her Irish dirt on more than one occasion, so we brought it.  I read her my chapter from the book. I don't know if she heard it, I hope she did.  Because I said in my chapter that I knew she did the best that she could, and I think she did.  My mom was not really the product of a happy home herself....I don't think she knew how to be a mom.

My niece brought a big bag of my dad and mom's letters to each other from when he was stationed overseas and they had just started dating. One thing that I can say for my parents is that they loved each other and their love was so amazingly strong.  They were best friends.  The last 15 years since he died were just so hard on her.  She seemed so lost, even more than before.  My niece and I read the letters, we laughed at some of the stuff we didn't know before.  We cried at some of the stuff too.  It was hard but it was also beautiful, and I am glad we were together.

On the fifth day, waiting for my nieces and my sisters....I felt my mom's head and she was so hot.  I called a nurse, but the nurse was on break.  An aide came in and she knew.  She just knew and she took me aside and asked if she could give me a hug, which normally getting hugs from strangers is not my deal...but I needed that.  Then, mid hug she started to cry and she said "I'm so sorry, this is my first day back after taking care of my own mom who just died of breast cancer and I just feel so much for what you are going through because I was just in your place."

So, then we had a good ugly cry together.  She left the room when the nurse came in and I went to hold my mom's hand and explain what the problem was to the nurse....and then my mom died.

It was all foggy after that.  My son, he did not really know his grandmother at all. He was sad, that's for sure....and before we went to bed that night, he said "I'm so sorry for your loss, mom." and gave me a hug.  I went to put his laptop away and he had googled "things to say when somebody died".

He is the best kid.

As I said before, I do not think my mom knew how to be a mom. Sometimes I get really angry at the things that I went through as a kid.  I mean some of the things she did to us were incredibly cruel and fucked up.  But she loved her grandkids.  She loved being a grandma.

After she died, so many people told me how they remembered the things my mom did for them.  She and my dad ran a food pantry, a free meal, they helped people.  They liked to help people.  And they never asked for credit or acted like they were saviors.  I think they knew how much poverty hurts, because that's where we lived too.  So many people told me things about her, how she helped them when they needed it and did not judge them.  Friends who needed a place to stay were always welcomed in our home.  People remembered her take no shit attitude but also her kindness.

And I do think that my mother was a good person, even if she was an imperfect mom.  I used to feel a lot of anger.  And probably, I will still feel that at times because it's a lot to unpack.  Now I just feel sadness.  I sometimes wish she could have loved me like she loved other people.  I used to think that she didn't love me at all, but maybe she did, in the only way she knew how.

I saw my parents talking about injustice a lot when I was growing up.  I saw how they treated people and always wanted to help, how they really wanted to change the world.  I think maybe some of that has rubbed off on me a little?  I hope so.  Maybe that is the way I need to remember her now.   For her compassion and for her hope that the world could be better, be more fair.  And also for her take no shit attitude.  Because I like to think that I got a little bit of that from her too. 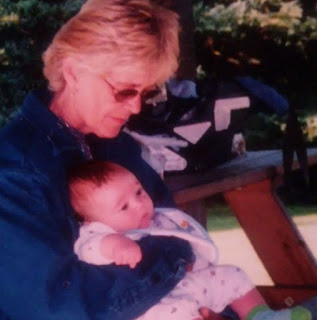 image is my mom, an older blonde woman with glasses holding baby F on a picnic bench 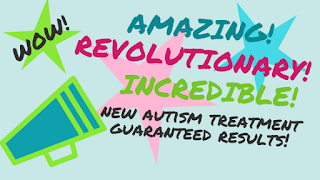